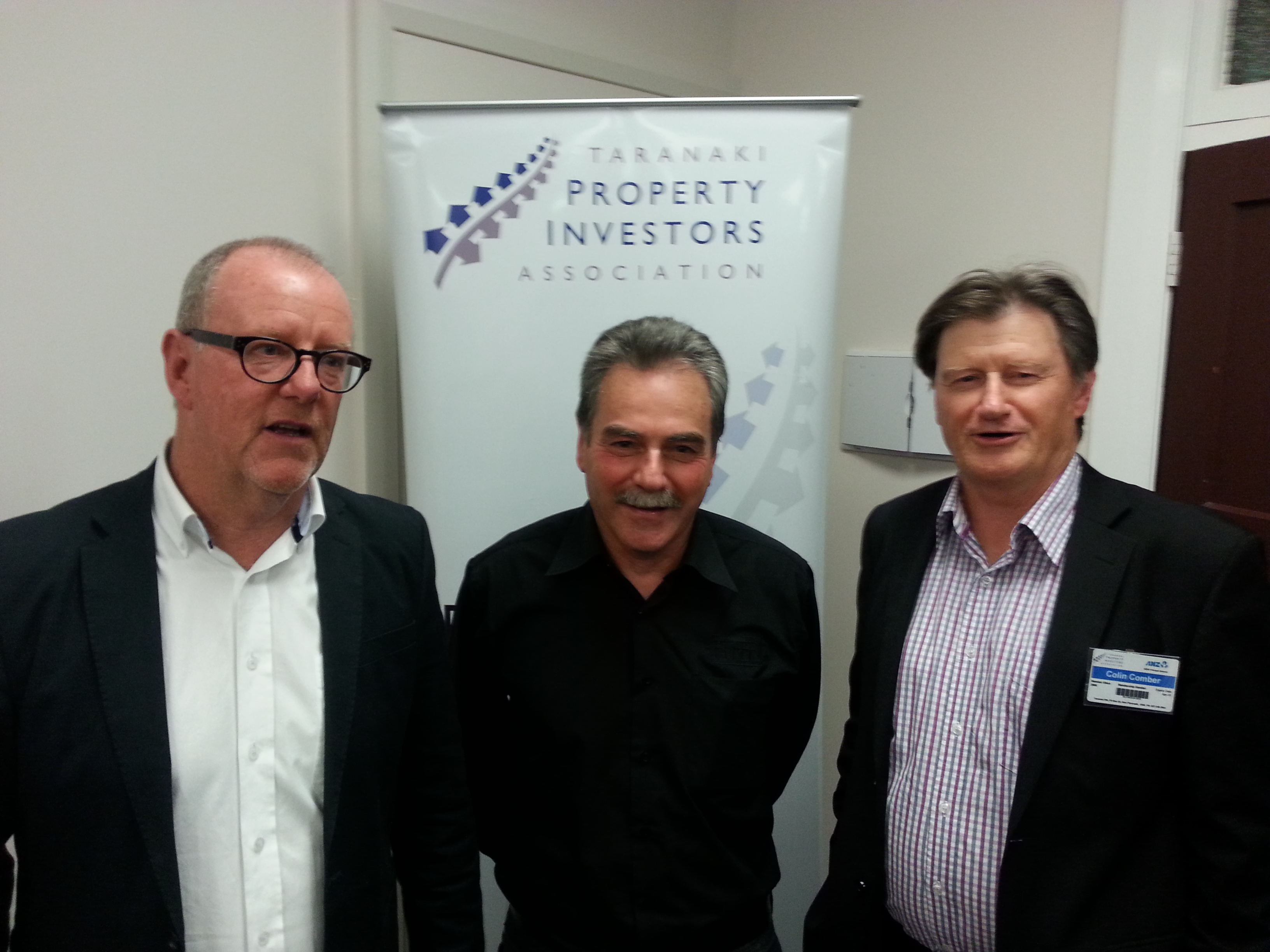 ITM New Plymouth: 183 shareholders,
Turnover $17m annually
Graeme Moller, general manager of ITM New Plymouth Building Supplies, warmup speaker and sponsor for our October 21 event, outlined a short history of the company and also offered a range of discounts for November, exclusively for TPIA members.
View these discounts here:
Bathroom discounts & Landscaping timber
Graeme’s account:
ITM is a 91 store co-operative and the New Plymouth business is itself a co-operative, now owned by 183 shareholders, employing 17 staff and turning over $17 million in sales annually. The shareholding continues to grow and remains uncapped at this stage.
In 1974 Ray Riddick, then president of the Taranaki Master Builders Association,  returned from a conference where people had been talking about a new concept of  ‘design and build.’
As a result, Master Builders members gained NZ Housing Corp acceptance to design and build 20 houses in Virginia Pl, Bell Block. They estimated 6 months to build and the work was given to 10 members who formed NP Building Supplies Ltd in October 1976.
Great comradeship developed among them and they decided to have a celebration at the end to which the Housing Corp was invited. During the evening, someone revealed to Ray that the wharfies and the farmers were buying their building supplies cheaper than the builders and why couldn’t we? A seed was sown and they approached the major suppliers like Gib board, Tasman Insulation, Carter Holt Harvey and were turned down.
Then as a result of the trans-Tasman trade negotiations, they made contacts in Melbourne and Sydney and secured a number of distributorships. Then after the reps came around and found there were containers of materials arriving on site from Australia via Waitara, the suppliers decided they were prepared to deal direct.
They had a small yard in Gill St and as business grew and the shareholding expanded, they decided on a purpose-built premises on three sections purchased in Water Lane.
A rough sketch was done and Malcolm McLeod did some figuring on a piece of paper and came up with $386,000. The build came in at $384,000.
The company had about 20 members who each put in $3000 and gave $6000 of free labour and the building was completed.
In 1998 when I came on board we had 41 shareholders, we joined the ITM Group and achieved better buying rates than ever before. We now have a dedicated bathroom centre upstairs.